0
The Total Portfolio Management Approach at Work
13 April 2016
April 12, 2016 by administrator in Our Results 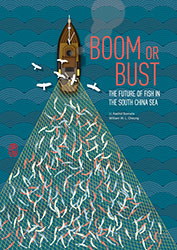 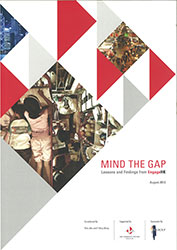 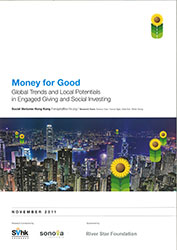 Understanding that social change propositions need to be backed up with facts, we have also supported efforts to provide thought leadership and knowledge development around our focus areas.

For example, to further the development of Hong Kong’s social enterprise sector and identify gaps that need to be addressed, RS Group initiated and sponsored a mapping exercise for the local sector from 2012 — 2013. Loosely guided by the experience of the Blended Value Map, we commissioned Asia Community Ventures to identify various key actors and convene them in a series of public, stakeholder dialogues with regard to their work and vision for the future of Hong Kong. The public dialogue was launched as EngageHK, and at the conclusion of the 18-month process, a final public session was held where the report’s recommendations were released.

This proved to be good timing, as the Hong Kong Government, which announced in 2013 its intention to support the development of Hong Kong’s social enterprise and impact investing ecosystem, also decided to launch its HK$500 million Social Innovation and Entrepreneurship Development Fund. Thus the EngageHK initiative became a good resource and was also able to contribute to the public dialogue around the launch of this new fund.

We supported the research and distribution of China Impact Fund’s report covering the investment landscape of China’s green SMEs¹, as well as Carbon Trackers Initiative’s report on the carbon bubble among China’s listed companies².

While working to help build the ecosystem of Hong Kong actors involved in social entrepreneurship and impact investing, we have also played a role in supporting knowledge development and dissemination on a global basis, including our support of Campden Research in its 2011 report on Responsible Investment in Asia³.

We were one of the seeding donors in a 3-year research collaboration between Duke University’s Center for Advancement of Social Entrepreneurship — Impact Investing Initiative, Pacific Community Ventures’ Insight research group, and nonprofit financial services firm ImpactAssets, which led to a new, case-based body of research called Impact Investing 2.0. This investment then laid the foundation for the lead researchers to write the first research-based book on the topic of impact investing, entitled The Impact Investor: Lessons in Leadership and Strategy for Collaborative Capitalism.

In addition to supporting original research, RS Group has distributed in Hong Kong hundreds of free copies of Impact Investing: Transforming How We Make Money While Making a Difference, the first book written on impact investing.

Finally, we have sponsored and spoken at various events, panel sessions, and interviews on the topics of strategic philanthropy, socially responsible investing, sustainable finance and, of course, impact investing. We view this as a crucial component of our advocacy work and a key generator of impact going forward.