Landesa: Securing Access to Land Rights for the Rural Poor

Central to many of the solutions to poverty and confict in the developing world is providing secure legal rights to the land, which the vast majority of the world’s poorest depend on for their livelihoods. With this in mind, RS Group decided to support Landesa¹ (previously “RDI”), a Seattle-based organization that has been partnering with governments and international actors to help the rural poor secure land since the 1960s. Landesa now has more than 140 staff dedicated to changing the lives of millions of women, men, and families around the world.

We started our engagement with Landesa in 2010 with a 3-year grant focusing on the Center for Women’s Land Rights and Landesa’s programs in China. At the beginning of our partnership, we only saw the importance of land rights in the context of poverty alleviation. However, as we began to understand the issue better we could see that environment conservation, women’s rights, community well-being, and social responsibility of businesses involved in land investment are also key related considerations.

As a result of our evolving perspective, when Landesa was able to leverage our funding to secure other funders for the Center for Women’s Land Rights, we shifted part of our grant to support their work in engaging businesses on issues of land rights as well as bolstering their global advocacy efforts. We also engaged our investment managers to start considering this previously unaddressed issue of land rights in their investment processes.

Five years on, Landesa has conducted two large-scale national land ownership surveys in China in conjunction with its policy work, which has generated positive attention both from the Chinese government and the international media. Landesa’s work has positively influenced the Chinese government’s landmark decision to issue and register land documents for nearly 100 million rural households in five years, and supported two policy reforms giving farmers greater rights to transfer and mortgage certain land rights. By developing knowledge and capacity of advocates for women’s land rights in China, Landesa created awareness and recognition of this important issue at the national level for the first time.

On the business engagement front, Landesa has successfully established partnerships with several multinational companies to provide technical assistance on socially responsible land transactions. It is now working to formalize these lessons learned on several major multinational project case studies that can be used and replicated for future reference.

For its work, Landesa won the 2015 Conrad N. Hilton Humanitarian Prize, the world’s largest humanitarian prize of US$2 million. We are pleased to have played a part in supporting Landesa. However, with almost one billion poor rural people still needing secure legal rights to land around the world, the majority of whom are in Landesa’s focused geographies of China, India and Africa, there is still much work to be done. 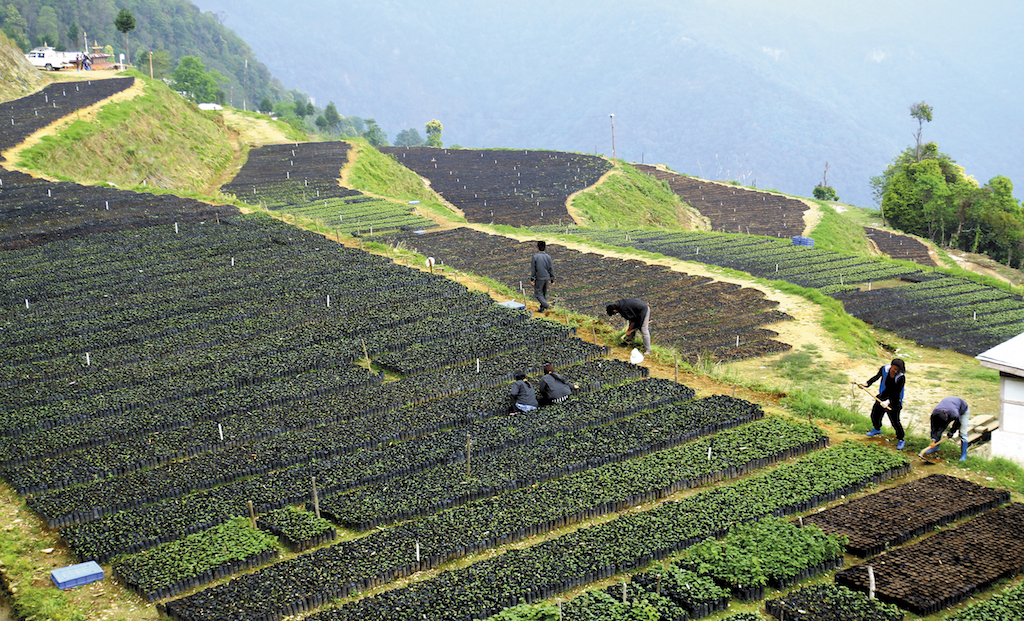